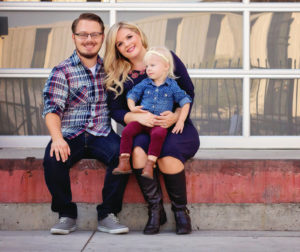 Hearts Ignited Ministries International is the ministry of Timothy and Elizabeth Berry.

Timothy, and his wife Elizabeth, have been traveling extensively as itinerate ministers since their marriage in July 2010 when they started their ministry Hearts Ignited Ministries International. They have travelled all across the United States igniting hearts for Christ and in the nations of South Korea, Mozambique, South Africa, Bulgaria, Brazil, England, Ireland, Philippines, and Honduras. In December of 2011 they returned from serving as mid-term missionaries for 2 months with Heidi and Rolland Baker in Pemba, Mozambique. Presently, Timothy is an Associate Pastor at Garden Community Church where he is the Director of the Garden School of Kingdom Ministry in Bakersfield, CA. They continue to minister itinerantly 1-2 weekends a month. Elizabeth serves as the Children’s Ministry Coordinator at the Garden. They welcomed their first child, Eden into their lives in March of 2014!

Timothy and Elizabeth have been traveling extensively as itinerate ministers since their marriage in July 2010 when they started Hearts Ignited Ministries International (formerly Berry Blessed Ministries). They have a great passion to serve missionaries,  humanitarian organizations and churches in the United States and other countries. This calling has led them to serve as mid-term missionaries with Heidi and Rolland Baker of Iris Ministries in Pemba, Mozambique and to minister in countries such as Brazil, Honduras, England, Ireland, Bulgaria, India, Philippines, and South Korea. Timothy served on staff at East Gate Church in West Chester, PA as the Youth Director and Administrator for over a year. In July 2013 they moved from Pennsylvania to Elizabeth’s home town of Bakersfield, California to become the new directors of the Garden School of Kingdom Ministry. There have been over 90 graduates in the first two years! They continue to minister itinerantly 1-2 weekends a month. Timothy is currently an Associate Pastor at Garden Community Church and Elizabeth serves as the Children’s Ministry Coordinator at the Garden. They welcomed their first child, Eden into their lives in March of 2014 and are expecting their second child in late November of 2017.

The Berrys bring an excellent foundation of the Word of God that produces demonstrations of God’s presence, love and power to radically change and transform peoples’ lives. God’s giftings inside of them produce a culture for miracles and healings to flow through words of knowledge and faith that cultivates an atmosphere for others to learn and be equipped to do the same works that Jesus performed and greater. The Berry’s heart is to see the body of Christ filled with a greater measure of God’s Spirit, to fall deeply in love with Jesus and to be set ablaze with His fire to demonstrate the goodness of God throughout the earth.